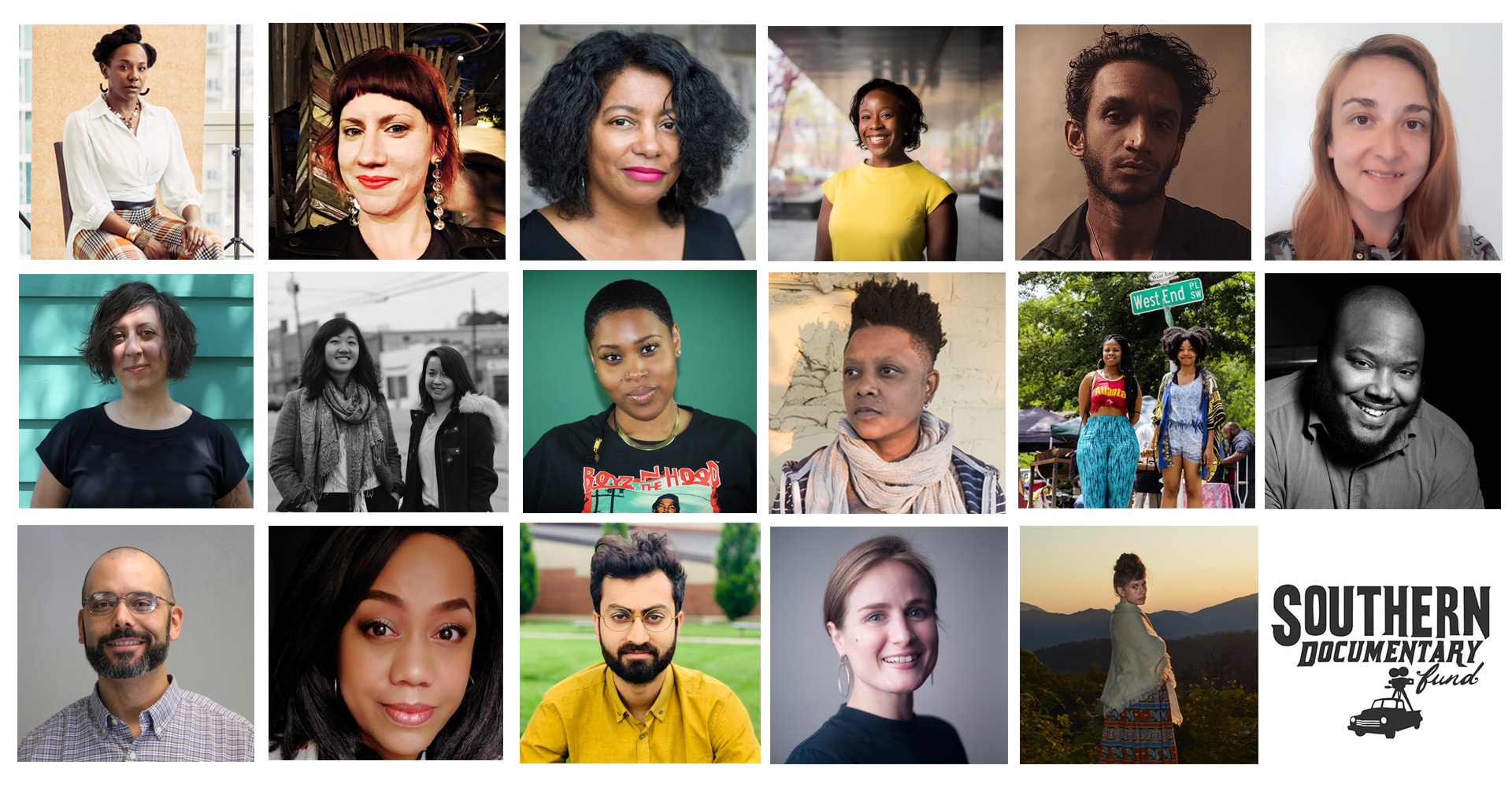 Durham, North Carolina. July 15, 2020 – The Southern Documentary Fund  (SDF), a nonprofit arts organization that cultivates and provides support to documentary projects made in or about the American South, today announced the award of 15 SDF Emergency Research and Development Grants. These Grants, enabled by the generous support of the MacArthur Foundation, provide $5000 each to filmmakers to develop their documentary projects during this time of COVID-19.

Recipients of the SDF Emergency R&D Grants include a diverse group of filmmakers across the Southern states, with more than half of the awards going to emerging makers. The themes of these Southern stories encompass social justice, income inequality, immigration, and the pandemic that is sweeping our country. “The final selection offers a broad range of fascinating stories, told by a rich variety of Southern voices whose common ground is an honest, loving commitment to explore the South’s unique gifts and challenges with both nuance and care.” says Juror Marta Núñez Pouzols.

Notable awardees include acclaimed filmmaker Jacqueline Olive’s new project, NONE OF US ARE FREE, a follow up to her award-winning feature documentary debut ALWAYS IN SEASON. Also awarded, Bree Newsome’s THEY TRIED TO BURY US, highlighting her activism since 2015 when she scaled the flagpole at South Carolina’s capital and removed the confederate flag in protest.

“The documentary film world is adapting to the uncertain landscape of COVID-19, yet the need to tell the South’s stories in this time of societal change has never been more pressing.” said Peter Gilbert, SDF Interim Executive Director. “We are thankful to have the resources to provide urgent support to these resilient makers and their projects.”

A journey through the historic African American cultural, social and religious spaces in the Mountain South; churches, schools and clubs in Tennessee, Kentucky, Virginia & West Virginia. Black Mountain Spaces documents the effects of out-migration, loss and reuse from the era of segregation to today with the venues of full Black agency.

The story of The Benson Five: five young black men who sought to burn down their town’s KKK headquarters building in Benson, North Carolina in 1968, and the ways in which the historical memory of the event has lived on in the community since.

The Body Is Not a Thing | Monica Villavicencio & Stephanie Liu – Georgia

A kaleidoscopic portrait of menopausal and post-menopausal women, THE BODY IS NOT A THING explores a rite-of-passage that’s historically fallen somewhere between taboo and joke and asks the question on every woman’s mind: what awaits me in my post-reproductive years?

A passionate community Taekwondo GrandMaster and pillar in an Atlanta neighborhood must close the doors to his beloved karate academy due to the effects of COVID-19 and two artists honor his work and legacy in their hometown before he takes his final bow.

When Black barbers and clients reunite for their first post-pandemic haircut, the result is much more than a tight fade. THE FIRST CUT reveals the unique effects COVID-19 has on the Black community, establishes the Black barbershop as a vital institution, and intimately captures the life stories that come together in the barber’s chair.

None of Us Are Free | Jacqueline Olive – North Carolina

NONE OF US ARE FREE is a documentary that asks how can anyone be free living in a culture that is steeped in white supremacy.

Pinball paints a portrait of contemporary immigrant suburbia in Louisville through a 19-year old Iraqi-American boy who finds himself at an adolescent crossroads where he and his friends are growing apart. This sad parting of ways is heightened by their backstories as Iraqi asylum-seekers, separated from their communities and living in the country that displaced them.

A diverse group of aspiring stock car mechanics in the South seek an opportunity to join NASCAR pit crews as the sport reckons with the pandemic and the acknowledgement of its problematic racial history.

Summer for Black boys and men in Memphis has proven to be a season of danger and death but these Black men refused to drown in a pool of low life expectancy. Slice explores how Rico Golden and his homeboys from Memphis dealt with the challenges of summers by submerging themselves in a swimming art form of athleticism, creativity, and joy called slicing.

This film explores the legacy of Harry Caudill, who spent his life advocating for the people of Appalachia by illuminating the ways they became impoverished at the hands of the callousness of a capitalist coal industry. The story focuses on Caudill’s dark turn away from standing up for the poor to blaming them for their circumstances. In the process this film becomes a self-reflexive exploration of how, as a filmmaker, I am part of history of activism that has utilized images of poverty to empower exploitation instead of remedying it.

They Tried to Bury Us | Bree Newsome Bass – North Carolina

In her debut feature THEY TRIED TO BURY US, Bree Newsome Bass, the filmmaker and activist who scaled the flagpole at the SC state capitol and removed its confederate flag, shifts to local organizing in her hometown of Charlotte, NC where her community of grassroots activists scramble to prevent mass evictions while squaring off against larger systems of power at the state and national levels. Recently married and searching for balance between family and advocacy, Bree directs her own story while exploring contradictions between Charlotte’s projected image as a progressive city and enduring legacies of racism still permeating its structures.

This Belongs To Us | Atinuke Diver – North Carolina

How did a practice that began in Africa become synonymous with White male identity in United States, and how do Black craft brewers reclaim it?

Facing a housing crisis made more acute by the Covid-19 pandemic, esteemed culture bearer and SNCC activist Curtis Mohammad builds a powerful coalition in New Orleans to reclaim blighted, vacant properties owned by the city and state. Muhammad mentors Cole Williams, a musician and promising leader for social justice, as she finds her voice and organizes with carpenters, doctors, financial planners, electricians, social workers, and others to restore not just blighted housing, but provide essential vocational and social services to displaced, houseless citizens. Together, they radically reimagine and manifest a participatory politics that serves the least of ours.

Produced by Speller Street Films, WILMINGTON ON FIRE: CHAPTER II documents a community’s fight for justice and equality (economic, political, social) in a city that is still affected by a racial massacre that took place over 120 years ago.