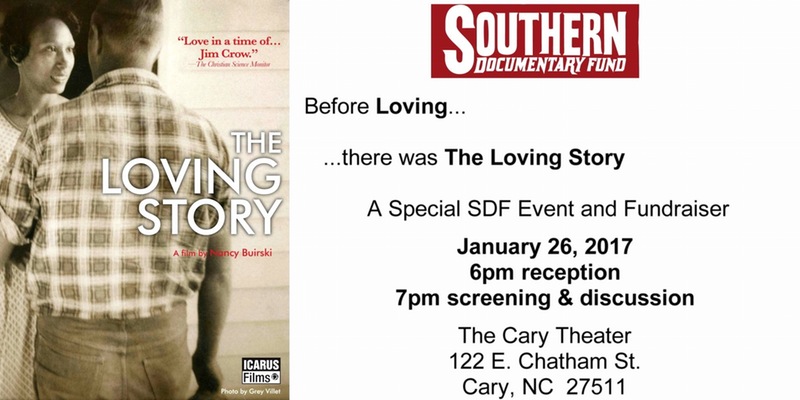 *Note: Tickets to the screening and discussion are still available here ($10 suggested donation)
Tickets to the reception are SOLD OUT.

Married in Washington, D.C. on June 2, 1958, Richard Loving and Mildred Jeter returned home to Virginia where their marriage was declared illegal—he was white, and she was black and Native American. At the time, anti-miscegenation laws were upheld in 16 states. The Lovings refused to leave one another and, with the help of the American Civil Liberties Union, took their case to the courts.  Their case made it all the way to the United States Supreme Court, whose decision—under Chief Justice Earl Warren—finally struck down state laws against interracial marriage throughout the country. THE LOVING STORY takes us behind the scenes of the legal challenges and the emotional turmoil that they entailed, documenting a seminal moment in American history and reflecting a timely message of marriage equality in a personal, human love story.

While the Focus Features film Loving is winning accolades and awards, see the documentary that inspired the major motion picture!

Join us for the fundraiser for Southern Documentary Fund.