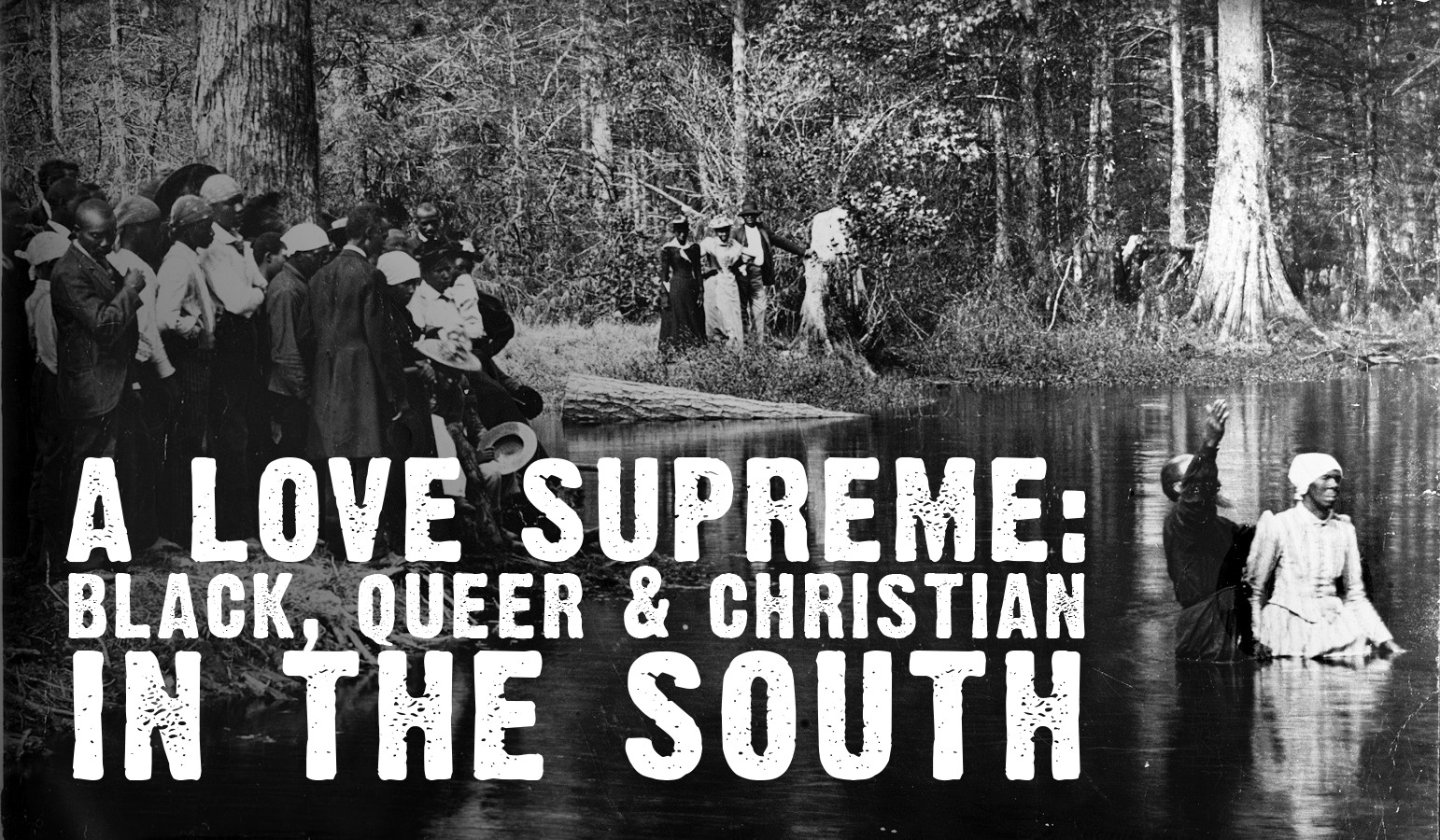 A Love Supreme: Black, Queer, and Christian in the South

A Love Supreme: Black, Queer, and Christian in the South is a life-giving feature film about 8 Black families who are struggling to reconcile the religious bigotry they learned from the pulpit with the immense love they have for their lesbian, gay, bi, queer, and trans family members. The film’s debut will be accompanied by an extensive impact campaign called The Reconciling Families Project, in collaboration with affirming organizations, families and churches that are committed to creating safe and brave spaces for LGBTQ people. In addition to our engagement campaign, in 2018 we’ll launch a video campaign that invites LGBTQ people of all backgrounds to share their stories about overcoming religious trauma.

The film is being supported by a hand-selected Advisory Council consisting of informed clergy, influential film/tv/music producers, and LGBTQ organizers.

When Porgy Came Home
< BACK TO ALL PROJECTS >
Borders and Belonging: A portfolio of photographs from the U.S.–Mexico Border Project (2007-2016)