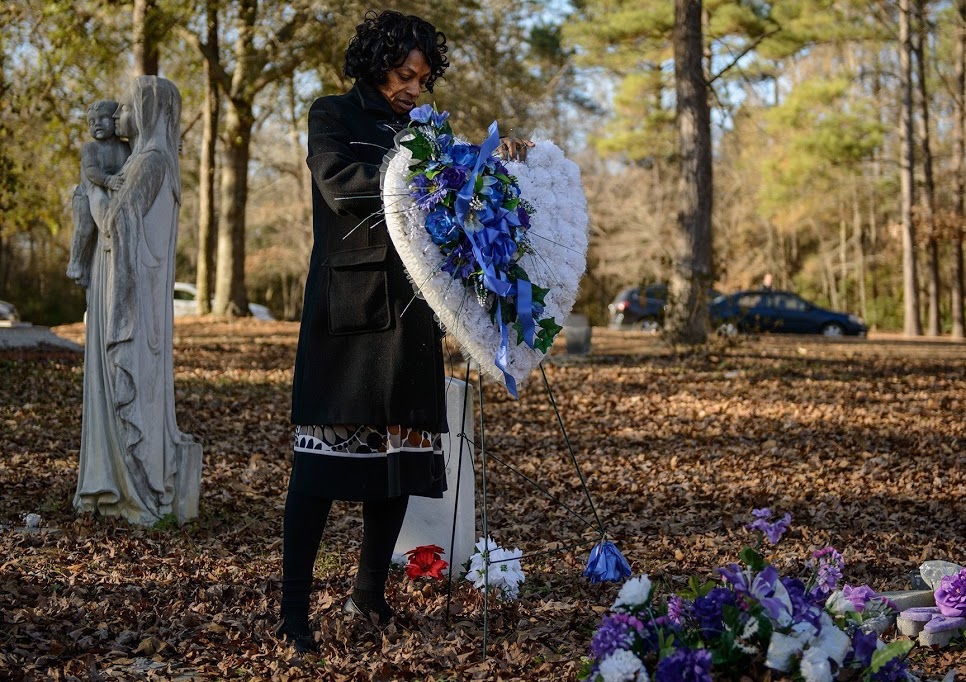 ALWAYS IN SEASON explores the lingering impact of more than a century of lynching African Americans and connects this form of historic racial terrorism to racial violence today. The film centers on the case of Lennon Lacy, an African American teen who was found hanging from a swing set in Bladenboro, North Carolina, on August 29, 2014. Despite inconsistencies in the case, local officials quickly ruled Lennon’s death a suicide, but his mother, Claudia, believes Lennon was lynched. Claudia moves from paralyzing grief to leading the fight for justice for her son.
As the film unfolds, Lennon’s case, and the suspicions surrounding it, intersect with stories of other communities seeking justice and reconciliation. A few hundred miles away in Monroe, Georgia, a diverse group of reenactors, including the adult daughter of a former Ku Klux Klan leader, annually dramatize a 1946 quadruple lynching to ensure the victims are never forgotten and encourage the community to share come forward with information that might bring the perpetrators to justice.  As the terrorism of the past bleeds into the present, the film asks: what will it take for Americans to begin building a national movement for racial justice and reconciliation?
Bipolar Girl Rules the World
< BACK TO ALL PROJECTS >