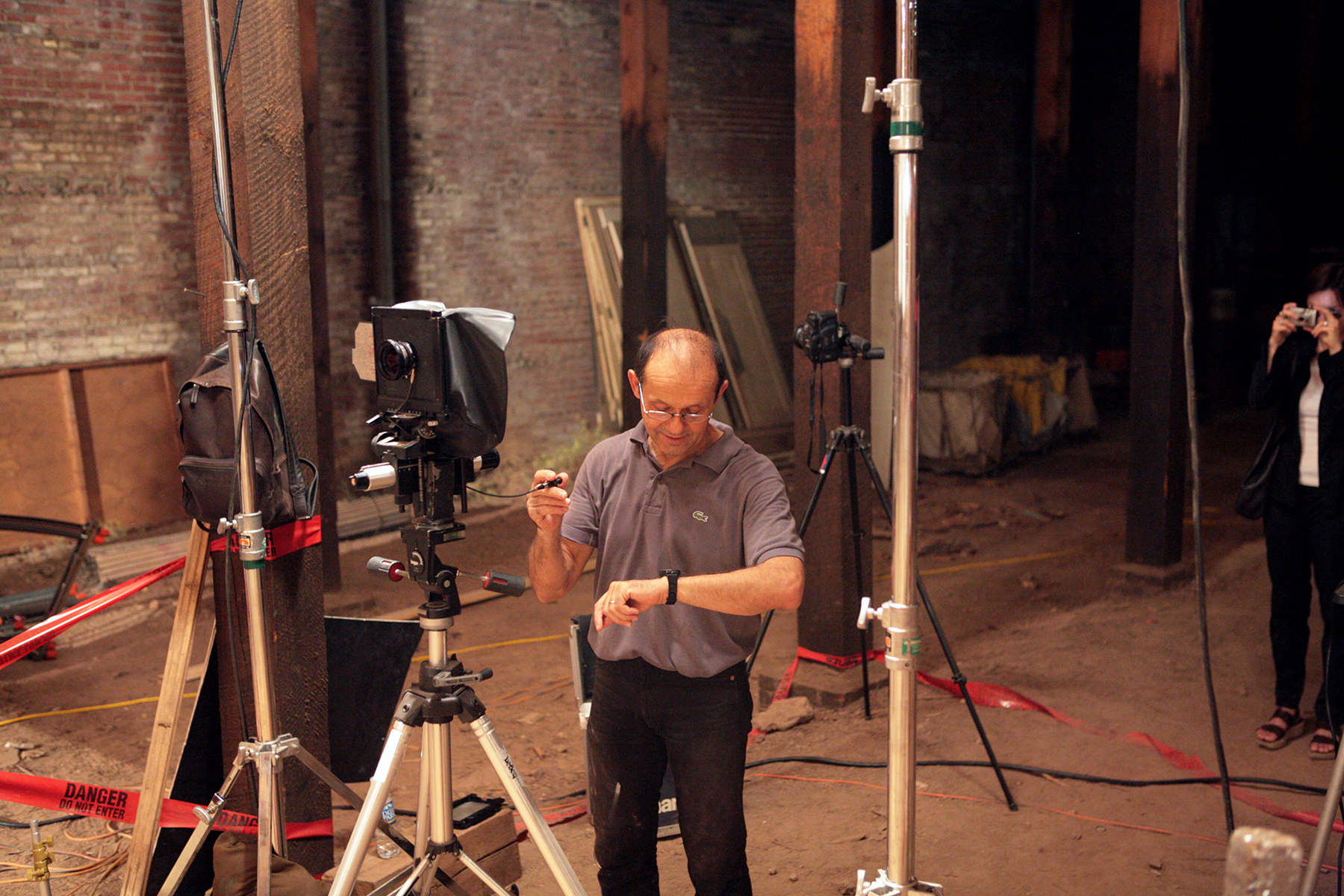 What happens when a visionary French artist meets the creative spirit of a former Tobacco Road town in the midst of downtown revitalization? A singular grassroots arts project emerges that confounds expectations and takes the city of Durham, North Carolina by storm as buildings from a past incarnation of the city are transformed into temporary canvases for dramatic public art.

Bending Space: Georges Rousse and the Durham Project captures the genius of French photographer and installation artist Georges Rousse and follows the artist and two hundred volunteers during a September 2006 public art residency in Durham. The film includes interviews with Rousse, project coordinators and volunteers, and people on the street as they visit the installations.

Georges Rousse was born in Paris in 1947. His artistic vision has its roots in the bombed out buildings of World War II where he played as a child. Rousse’s art fuses photography, painting and architecture into one aesthetic discipline; and for over thirty years he has worked in buildings either derelict or scheduled for renovation throughout Europe, Asia, Canada and the US. The facades and interiors of these structures serve as temporary studios and are the creative focus point of his artwork. As he paints, adds structures, or cuts away walls, vibrant shapes and meditative patterns emerge from the previously barren environment. These masterful executions of trompe l’oeil coalesce from a single vantage point, captured by Rousse’s camera. These site specific works have the rare ability to be both intellectually engaging and complex while being absolutely accessible to a broad audience including those completely outside the world of art. It is in equal measure profound and simple fun.

Bending Space: Georges Rousse and The Durham Project reveals the complex process of creating Rousse’s signature illusions of color and shape that ultimately become the stunning large format color photographs exhibited in galleries and museums around the world. The film bears witness to the energy that is unleashed when a remarkable photographer and an art-loving community join forces.

Bending Sticks
< BACK TO ALL PROJECTS >
The Beautiful Project