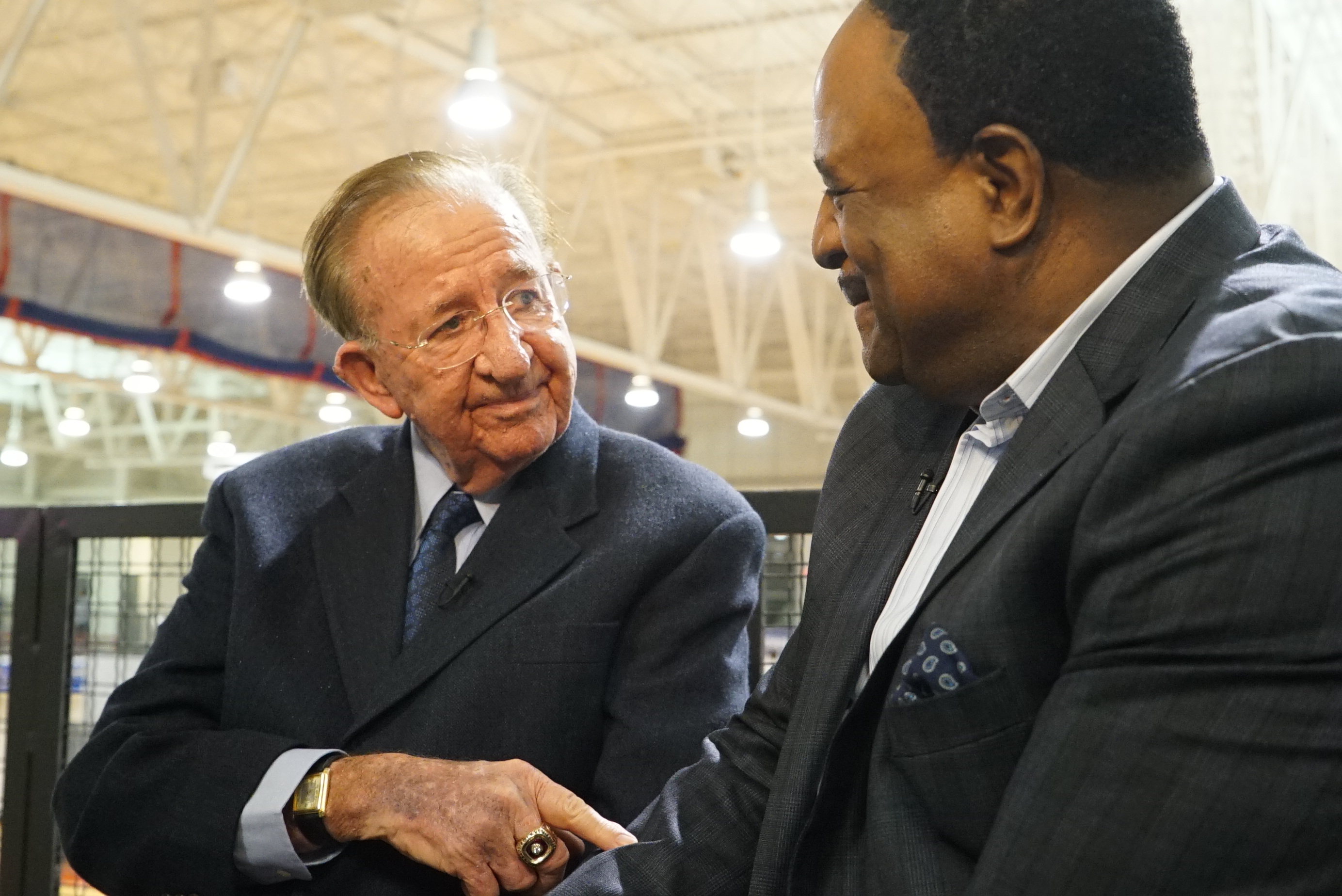 Is Basketball Hall of Fame Coach Morgan Wootten the greatest high school basketball coach ever and possibly one of the best coaches in any sport at any level? As the first high school coach in the Basketball Hall of Fame, and with an unparalleled win-loss record and numerous Washington, DC and National Championships, Morgan was truly a winner. His mantra was “God, Family, School and then Basketball,” and with those priorities established for his players, his teams never had a losing season. During his career, Wootten was a five-time National Coach of the Year and DeMatha Catholic School—a tiny, all-boys’ school in Hyattsville, MD—was named the best high school team in America five times. His overall record was an astonishing 1,274 wins with only 192 losses.

In this film, we will hear from some of the most legendary voices in basketball history. Coach Mike Krzyzewski (Duke) and Coach Mike Brey (Notre Dame) describe Morgan’s lasting impact on the game of basketball. NBA Hall of Famer and Olympic Gold Medalist Adrian Dantley tells us how Morgan gave him the tools needed to succeed both at Notre Dame and in the NBA. CBS Journalist and Harvard Alum James Brown shares how Wootten’s mentorship prepared him for success in his television career. We meet John Jones—DeMatha’s first African American player (1961) and later a member of the World Champion Boston Celtics—and learn how Wootten was ahead of his time in racially integrating his teams. We also meet players who faced off against a young Kareem Abdul Jabbar (then Lew Alcindor) in the famed DeMatha vs. Power Memorial games in 1964 and 1965—widely considered to be the two best high school match-ups ever.

Coach Morgan Wootten is an enlightening portrait of a man whose belief system and coaching methods not only changed the game of basketball, but also inspired and transformed many young lives.

Coal Ash Chronicles
< BACK TO ALL PROJECTS >
Chairman Jones: An Improbable Leader