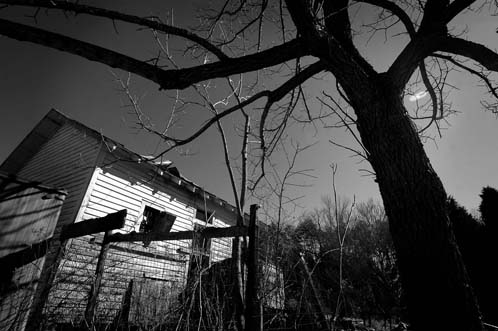 Gone to the Poorhouse

Gone to the Poorhouse is the story of how the poor and downtrodden were once cared for in North Carolina. Set in several North Carolina Counties, the story of the poorhouse institution is revealed through the recollections of residents, historical documents, and the remnants of the old poorhouse structures. The story is woven together with the narrative of Kim Quintal, whose family members lived and died in the Poorhouse.

The Film, which will be shot in mini-DV and approximately 55 minutes in length, will be accompanied by an outreach program whose goal is to educate the public about how the poor were cared for in the past, and inspire them to critically evaluate the similarities and differences in the ways the poor are cared for today.

Landscapes of the Heart: The Elizabeth Spencer Story
< BACK TO ALL PROJECTS >
Inner Revolutions: Muslim Americans and the Legacy of Imam Khomeini