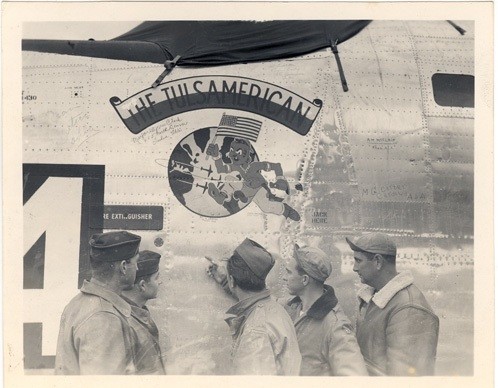 The Tulsamerican, American WW2 bomber vanished from the face of the earth 68 years ago. It was not just any bomber. It was the very last B-24 Liberator produced in Douglas factory in Tulsa. The working people of Tulsa not just built it, painted it, and named it – they also paid for it with their war bonds and voluntary labor. When the Tulsamerican assembly was finished, they wrote their autographs on its hull and the parchment scroll they put in the plane. The scroll contained their signatures and good luck messages to future crews. They put a lot of love and hope into it, saw it take off for war burdened Europe and closely watched every move it made. After the touching farewell to the workers, the Tulsamerican flew half the world to help bring the desired peace, but fate had other plans. Four months after its deployment into action in 1944, Tulsamerican was shot down into the Adriatic sea and declared lost in battle. It remained lost for more than 66 years in an underwater world where time stopped at the time of the crash. Many people have been looking for it ever since. In 2010 a local fishermen from Croatian island Vis accidentally rediscovered Tulsamerican. This is it’s story. It is a historical, emotional and adventurous story at the same time, but most of all, a touching human story about people personally connected to this extraordinary plane

Robert Ruark
< BACK TO ALL PROJECTS >
Landscapes of the Heart: The Elizabeth Spencer Story