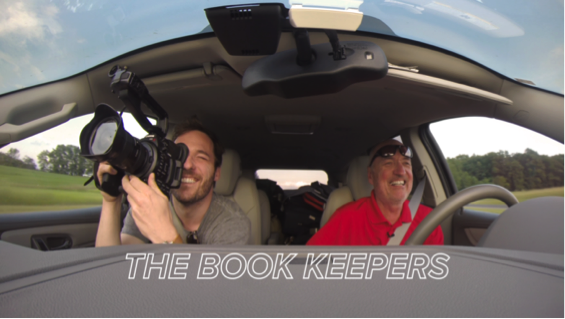 Phil Wall always looked up to his parents. His father, the attorney and coach; his mother, the teacher and writer. In 2014 his mother’s debut memoir, Mister Owita’s Guide to Gardening, was published to critical acclaim. Carol Wall, however, was too sick to enjoy the fanfare. She was dying of cancer. Before her death, she told her youngest son, Phil, “You take care of our book.” She died nine months after the book’s publication, and one week before it was named one of the best books of the year by USA Today. Following Carol’s wishes, the Wall family embarked on a quest to do everything in their power to ensure that Carol’s book reach its audience. In this film, Phil travels the country with his father in attempt to tell the story of his mother’s dream interrupted, his father’s relentlessly optimistic pursuit of bestseller status, and how the words his mother left us just might be the blueprint for navigating his new reality.

Commuted
< BACK TO ALL PROJECTS >
baartman, beyoncé & me