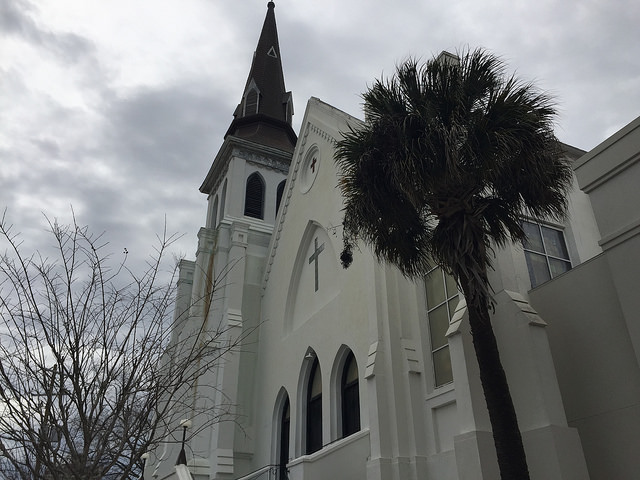 Charleston’s genteel tourist reverie was broken in 2015 by two shootings that pulled back the facade exposing the Southern city’s long-standing but often obscured racial fault lines. The North Charleston’s police shooting of an unarmed African American, Walter Scott, and the Emanuel AME Church massacre by Dylann Roof, for explicitly stated racial motives, disrupted a much treasured narrative of the lowcounty as a “different” place in the South — something that gentrification, tourist dollars, and appropriation of Gullah culture work diligently to reinforce. The Lowcountry follows the struggle toward reconciliation amongst the city’s black and white residents for whom the word, “forgiveness” has a distinctly different history and possibility.

Gullah Gone: Preserving the Land, Water and Culture of the Sea Islands
< BACK TO ALL PROJECTS >
One River, One Boat