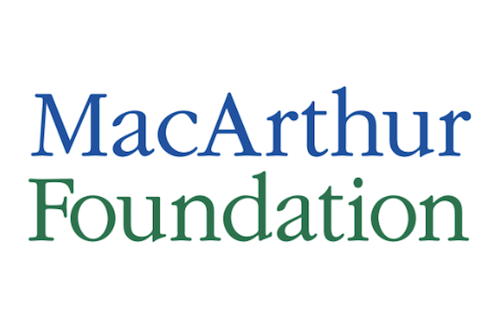 The Southern Documentary Fund will receive a grant from the John D. and Catherine T. MacArthur Foundation. The $900,000 grant, to be distributed over three years, will enable SDF to deepen support for documentary filmmakers living in the American South. SDF will use the funds towards grants for makers living in the region, expanding the Fresh Docs screening series to more cities and establish a peer-to-peer mentorship program for filmmakers.

This funding comes as SDF celebrates its 15th year supporting an ecosystem for Southern storytelling. Executive Director Naomi Walker states “This grant from MacArthur is a gamechanger for documentary makers in our region. The re-granting will be the first to support makers living and working in the American South. This program will enrich the national conversation by pushing for the inclusion of diverse Southern voices on pressing social issues: race, the environment, inequality, democracy. SDF is thrilled to partner with MacArthur to spread much-needed support for authentic southern storytelling.”

The MacArthur funded initiatives will begin in 2018 and include:

– Seed grants to documentary makers living and working in the American
South for pre-production and production;

– Expansion of the Fresh Docs screening series to several cities across the
South, including South-based film festivals. This rough-cut feedback
program enables filmmakers to get their work-in- progress in front of a live
audience, feel their reactions to the film, and hear back about what worked,
what didn’t and why from each person in the audience. In addition to being
free and open to the public, outreach to groups affected and depicted in the
films will be key to getting the makers the feedback they need to be
accountable to the subject matter.

About the John D. and Catherine T. MacArthur Foundation
MacArthur supports creative people, effective institutions, and influential networks building a
more just, verdant, and peaceful world. MacArthur is placing a few big bets that truly significant progress is possible on some of the world’s most pressing social challenges, including over-
incarceration, global climate change, nuclear risk, and significantly increasing financial capital
for the social sector. In addition to the MacArthur Fellows Program, the Foundation continues its historic commitments to the role of journalism in a responsible and responsive democracy, as
well as to the strength and vitality of our headquarters city, Chicago. More information is
available at www.macfound.org.