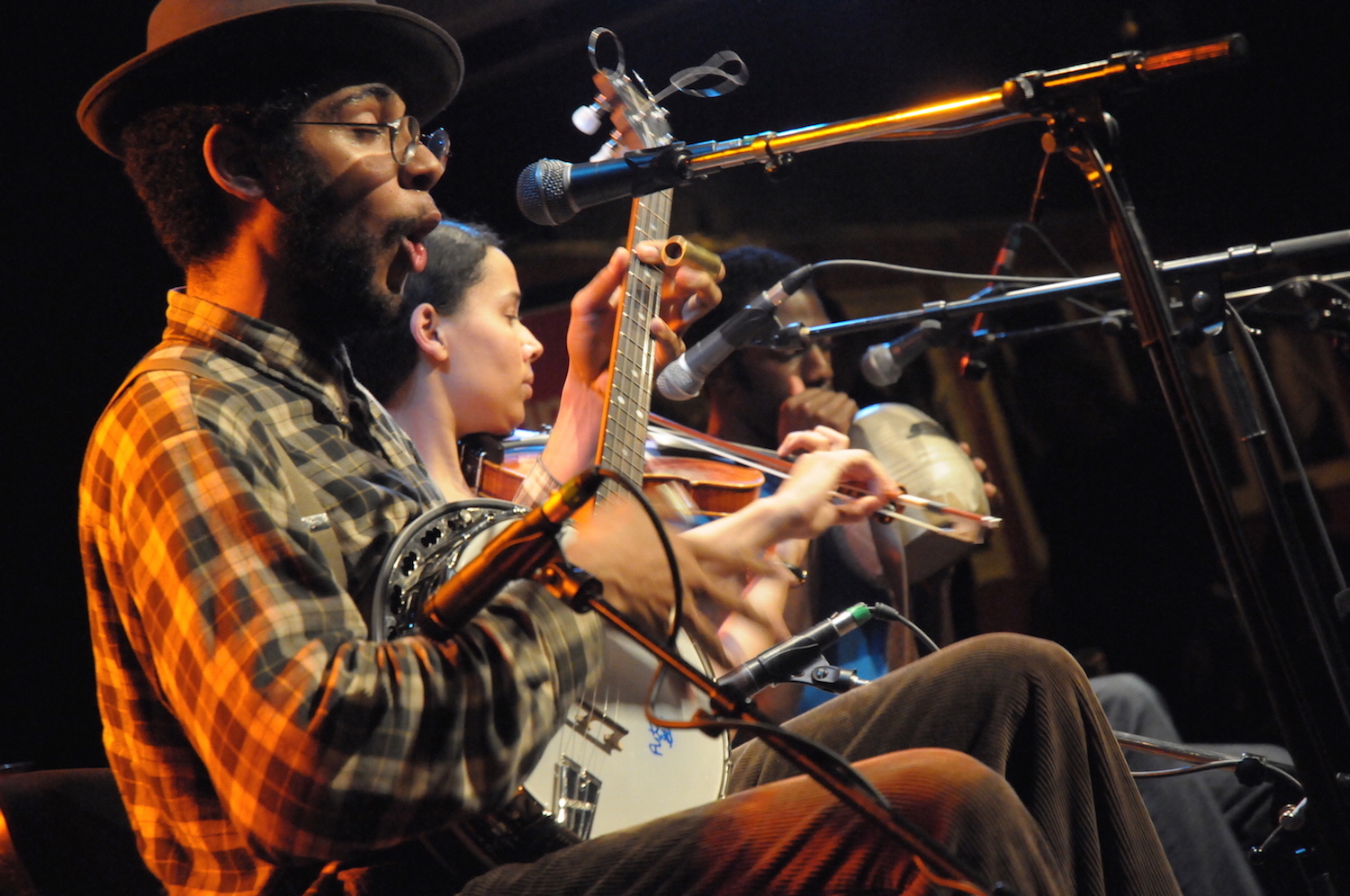 Don’t Get Trouble in Your Mind: the Carolina Chocolate Drops’ Story

Don’t Get Trouble in Your Mind: The Carolina Chocolate Drops’ Story is a documentary portrait of the Carolina Chocolate Drops, an African-American string band from Raleigh, North Carolina, and their mentor, black fiddler, Joe Thompson (1919—2012). The Chocolate Drops play “old time” music or Appalachian fiddle and banjo music. The film tells the story of how three African-Americans from the hip-hop generation embraced a 19th Century genre and took it to new heights, winning a Grammy in 2010. The story of the band’s meteoric rise, from busking on the street to playing major festivals is punctuated and informed by the history of the banjo’s origins in Africa, and the untold story of how blacks and whites collaborated to create the earliest forms of American popular music.

baartman, beyoncé & me
< BACK TO ALL PROJECTS >
The Imaginary Village of Allan Gurganus