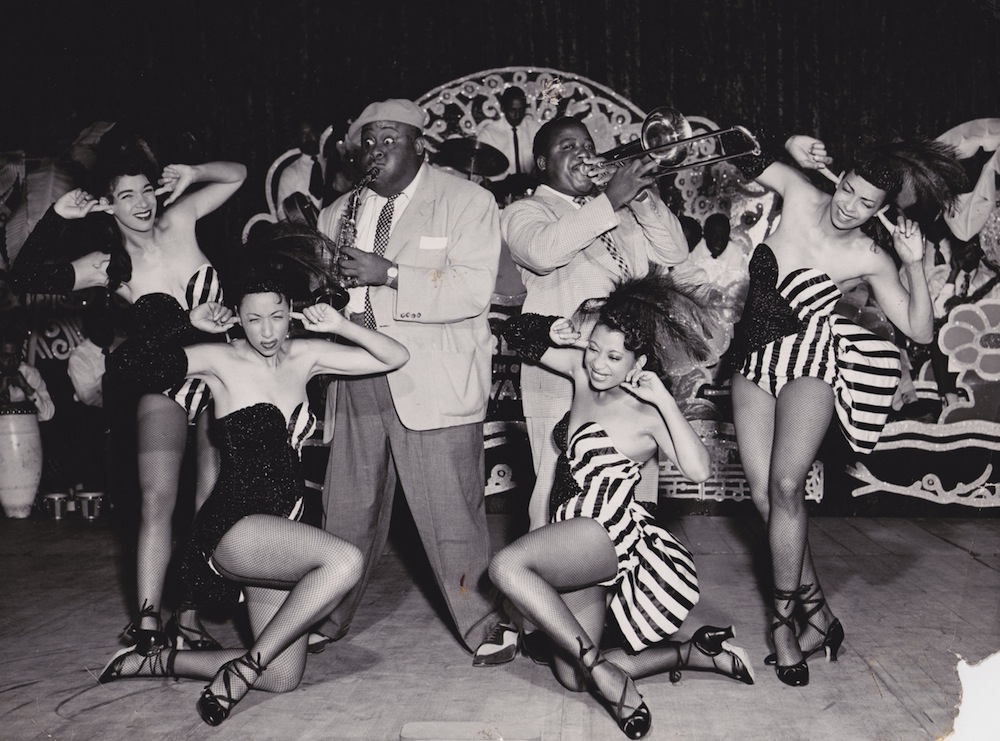 Step right up, folks! The last remaining great troupers are finally telling their stories about one of America’s most successful traveling shows. JIG SHOW | Leon Claxton’s Harlem in Havana is a compelling hour-long documentary film narrated by filmmaker Leslie Cunningham who takes viewers on a tour of her family’s popular Black and Cuban stage show that broke carnival records across the U.S. and Western Canada, birthed music icons Rufus Thomas, Fontella Bass and Mercedes Valdés, and significantly impacted Black and Latin entertainment during Jim Crow. Also unearthed is the life and lore of her grandfather Leon Claxton, a brave African-American showman who left an extraordinary legacy despite the insurmountable odds against him and his dreams.
A magical journey into the complexities of American entertainment, race history and family legacy, JIG SHOW combines breathtaking show photographs, rarely seen historical clips and on-interviews with a colorful cast of former performers, past patrons, historians and academics who bring their critical perspective to the conversation. Beautiful b-roll of the city of Tampa highlight where Leon Claxton and Harlem in Havana were headquartered for nearly 40 years. Classic and new music by some of today’s top indy artists honor the beloved showman, voluptuous brown-skin showgirls and tenacious entertainers of color who bravely showcased their talents on the front-line of racial polarization and left an indelible mark on entertainment around the globe. Visit jigshow.com.
The Rise and Fall of Liberty
< BACK TO ALL PROJECTS >
In So Many Words