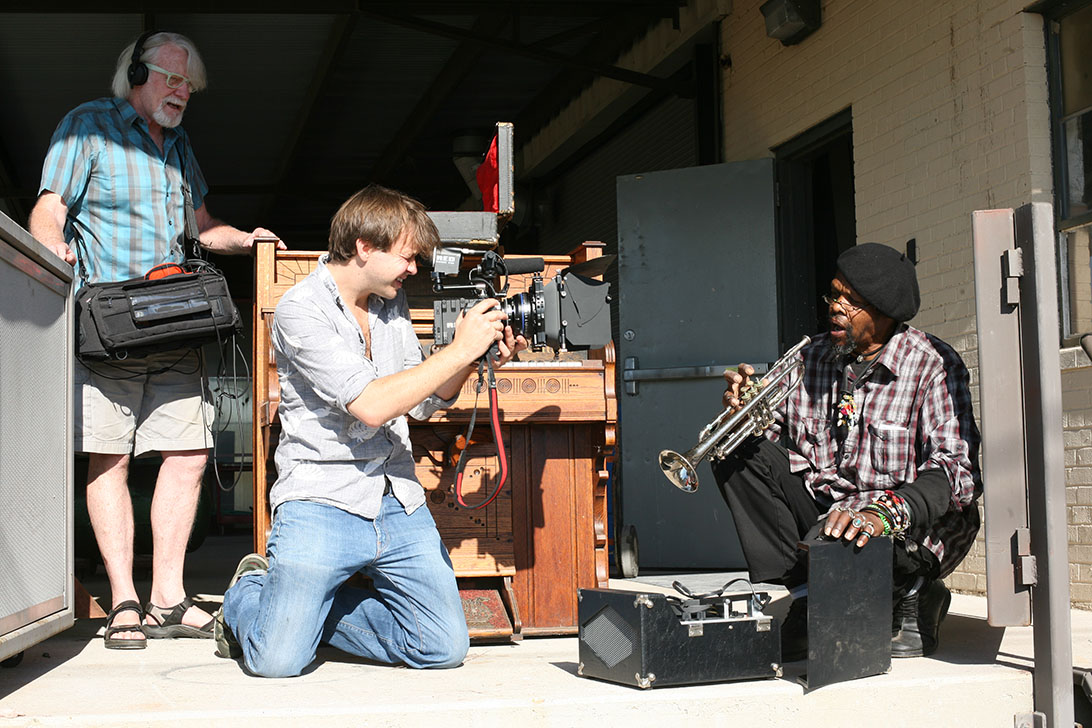 Thumbs Up for Mother Universe

Thumbs Up for Mother Universe is a documentary feature telling the tale of one human’s drive to succeed against all odds. Lonnie Holley, the self-taught African American visual artist, and now musician, from Birmingham, Alabama, is an American original. He has overcome grinding poverty and a nightmare childhood to become a creative powerhouse with an agenda to save the planet.

Peabody Award winner George King has been filming Holley’s life and work for the past 18 years. During that time Holley has been beaten-up by police, shot at by neighbors, jailed, and evicted from the land homesteaded by his grandfather. His famed “art environment” was bulldozed under, and his art stolen and destroyed. But somehow Holley has outwitted history, circumstance, and the ignorance of others to emerge as a star in the firmament of American culture.

Rocaterrania
< BACK TO ALL PROJECTS >
Remarkable Journey: Founding the Asian Indian Community in North Carolina