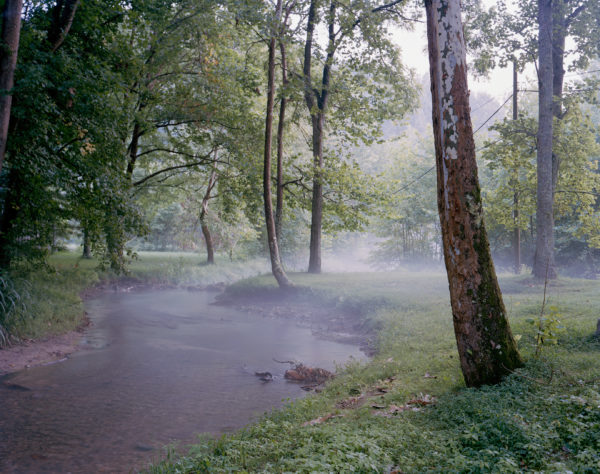 The Center for Documentary Studies and the Southern Documentary Fund are pleased to present a free screening of In That Valley of Gold, part of the Cumberland Folklife documentary series.

Deep in the hills of Tennessee, a pair of elderly sisters reflect upon the Sharp family’s legacy of music and moonshine as their descendants confront the reality of mortality and disappearing traditions.

The Sharp Family’s musical traditions span centuries. Fiddlin’ John Sharp’s daughters, 95 year old Opal and 96 year old Evelene kept playing well into the 21st century. From the Great Depression to the era of Trump these two proud democrats take us on a poetic and animated journey full of joy, strife, wonderment, pain, and fancy. Their narratives are enhanced by the testimonies of the family members who they have raised and who also reflect on the legacy of two strong mountain women.

Rachel Boillot is a photographer, filmmaker, and educator based in Cumberland Gap, Tennessee. She holds a BA in Sociology from Tufts University, a BFA in Photography from the School of the Museum of Fine Arts, Boston, and an MFA in Experimental and Documentary Arts from Duke University. Her work has been funded by the Annenberg Foundation (Los Angeles, CA), the Riverview Foundation (Chattanooga, TN), the Tennessee Arts Commission (Nashville, TN), and the National Endowment for the Arts (Washington, D.C.).

Boillot teaches in the Art Department at Lincoln Memorial University, is Director and Co-Producer of the Cumberland Folklife series of documentary films, and maintains her independent photography practice in East Tennessee.

Kyle Wilkinson was born in Middletown, OH in 1984. He remained in the region until receiving his BFA in Motion Picture Production at Wright State University. After completing many award winning short documentaries largely focusing on place and identity he obtained an MFA in Experimental and Documentary Arts at Duke University. Residing in Durham, NC and teaching in the Communications Department at Elon University, Kyle’s most recent work focuses on merging traditional documentary with online interactive storytelling techniques. He is currently in pre-production on an interactive documentary investigating the unique voting history of two small towns in Southwest Ohio.

SDF would like to thank our Fresh Doc Sponsors: