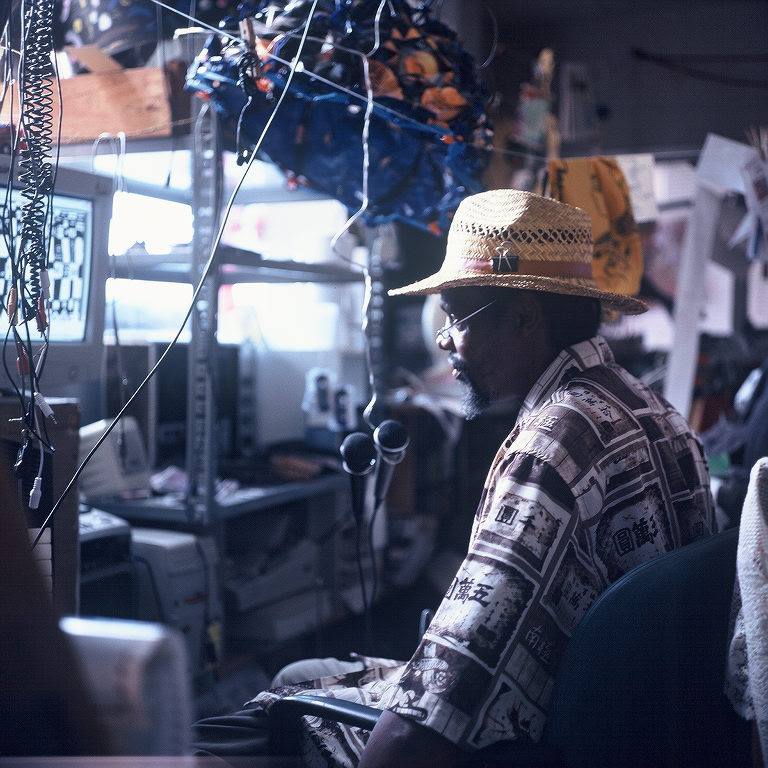 The Center for Documentary Studies and the Southern Documentary Fund are pleased to present a free screening of director George King’s  Thumbs Up For Mother Universe: The Lonnie Holley Story.  The film is presented as part of the Fresh Docs series featuring documentary works-in-progress; following the screenings, a moderated conversation with the filmmaker(s) will be held, during which the audience provides valuable feedback.

Thumbs Up For Mother Universe is a documentary feature that tells the tale of one man’s drive to succeed against all odds. Lonnie Holley, the self-taught African American visual artist and musician from Birmingham, Alabama, is an American original. He has overcome grinding poverty and a brutal childhood to become a creative powerhouse with an agenda to save the planet.

Peabody Award winning filmmaker George King has been documenting Holley’s life and work for the past 20 years. During that time Holley has been beaten-up by police, shot at by neighbors, jailed, and evicted from the land homesteaded by his grandfather. His famed “art environment” was bulldozed under, and his art stolen and destroyed. But somehow Holley has outwitted history, circumstance, and the ignorance of others to emerge as a star in the firmament of American culture.