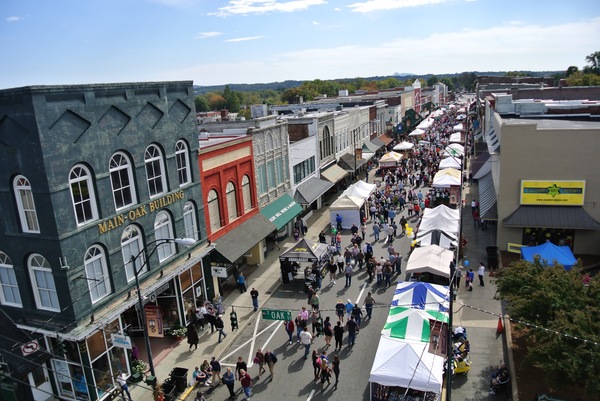 SDF and the Center for Documentary Studies are pleased to present a free screening of director Bill Hayes’s The Real Mayberry, a film about the past, present and future of Andy Griffith’s hometown of Mt. Airy, North Carolina. The film is presented as part of the Fresh Docs series featuring documentary works-in-progress; following the screenings, SDF director Rachel Raney moderates a conversation with the filmmaker(s) during which the audience provides valuable feedback.

The Real Mayberry is a film about the past, present and future of Andy Griffith’s hometown of Mt. Airy, NC.  We see that Mt. Airy is and is not the town that Andy grew up in.  It is a factory town that lost roughly 10,000 jobs in a short period of time and is still recovering.  Can the way this small town in the foothills of North Carolina takes on this mighty challenge help other small towns across America?

Bill Hayes is the Founder and President of Figure 8 Films. Since its beginning in 1992, Bill has produced, directed or executive produced over 770 programs for the Discovery Channel, TLC, Animal Planet, National Geographic, UP and DIY. Among those shows are numerous award-winners and some of the highest rated shows ever on cable television. Currently he is an Executive Producer for five series being broadcast on three different networks. His company, Figure 8 Films, is listed by Real Screen Magazine as one of the top 100 non fiction television production companies in the world.