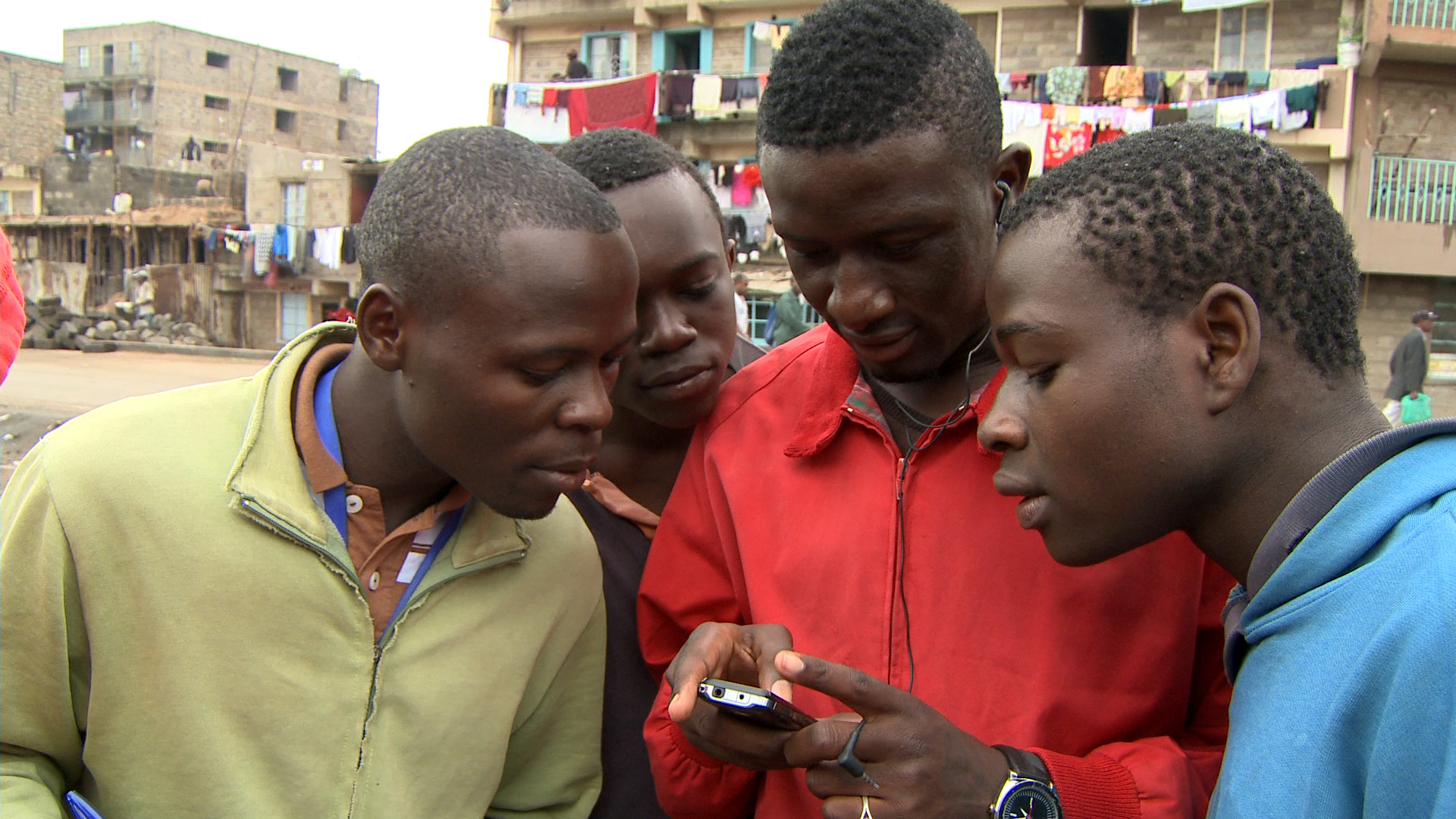 SDF and the Center for Documentary Studies are pleased to present a free screening of Peace in Our Pockets.  Kenny Dalsheimer’s latest film follows the inspirational Kenyan activists of Sisi ni Amani as they promote civic engagement, build democracy, and defuse violence in the lead up to the 2013 national elections.  With cutting-edge text-messaging, mobile phones, and grassroots organizing, the peacebuilders commit to transforming the very meaning of peace in their country.

Following the 2007 national elections, Kenyan politicians used text messages to incite violence and exploit long-standing tribal tensions.  In response, and as historic elections approach, thousands of Kenya organized to counteract those who would tear their country apart. Dalsheimer traveled to Kenya beginning in 2012 to document Sisi ni Amani’s efforts to embrace the same technology in the pursuit of peace.

The filmmakers are now making the film available to be used as a catalyst for change, an educational resource, and a tool to promote community development, civic engagement, and policy-focused political dialogue. By capturing the passion and commitment of local activists working at a critical moment in Kenyan history, the film shares invaluable lessons about the very meaning of peace and democracy. How can text messaging and simple technologies transform and strengthen civic participation here in NC and the US and around the world? What role does people-to-people organizing and social engagement play in a peacebuilding process guided in part by technology? What lessons can activists and citizens learn to promote peace and build democracy in their own communities?

The film is presented as part of the Fresh Docs series.  A Q&A with the filmmakers will follow the screening.