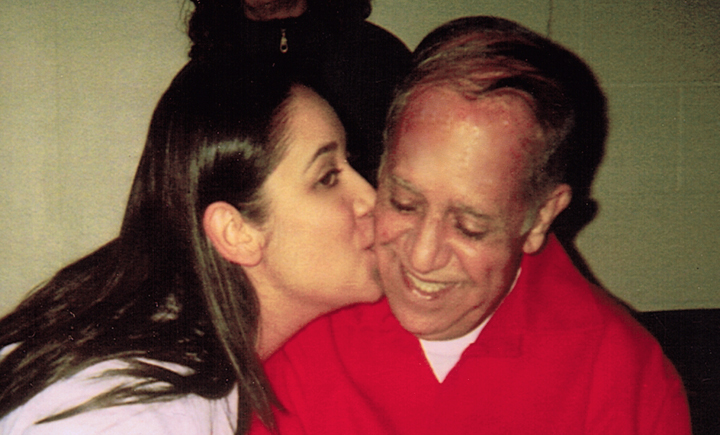 Janet Syriani’s first contact with her father in 15 years, on the day of his execution.

Love Lived on Death Row tells the story of the four Syriani siblings whose father was sentenced to die for the murder of their mother in 1990, and Meg Eggleston, who became their father’s friend and spiritual advisor through letters to him in prison. Orphaned and estranged, the Syriani children raised themselves while they lived with hate, anger and confusion as the man they could only refer to as “Him Him” lived on death row. But in 2004 they collectively decided to visit him in prison, seeking answers so they could move on with their adult lives. What transpired that day was a miracle of forgiveness followed by a journey of healing, restoring family memories and then a battle for his clemency.

Love Lived on Death Row is more than an incredible story of forgiveness and love. It is a story of tragic loss, transformation, hope and how capital punishment affects the families of death row inmates.