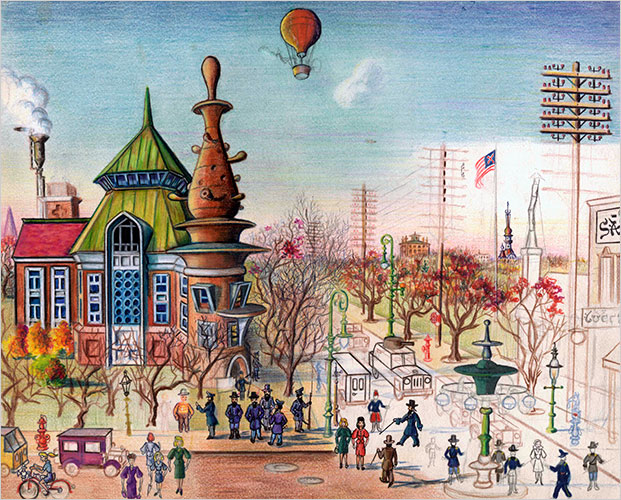 Rocaterrania is a feature-length documentary film portrait of scientific illustrator and visionary artist Renaldo Kuhler. In a career spanning three decades, Kuhler has created hundreds of plates for the North Carolina Museum of Natural Sciences, illustrating diverse flora and fauna for scientific journals and reference books. As a teenager, Renaldo invented an imaginary country he has privately illustrated in notebooks for over half a century.

Rocaterrania is a work-in-progress that will reveal Kuhler’s secret world of visionary art to the public and tell Renaldo’s extraordinary life story along the way. Funding generously provided by Patrick and Suzanne Helmick and the University of North Carolina at Greensboro.