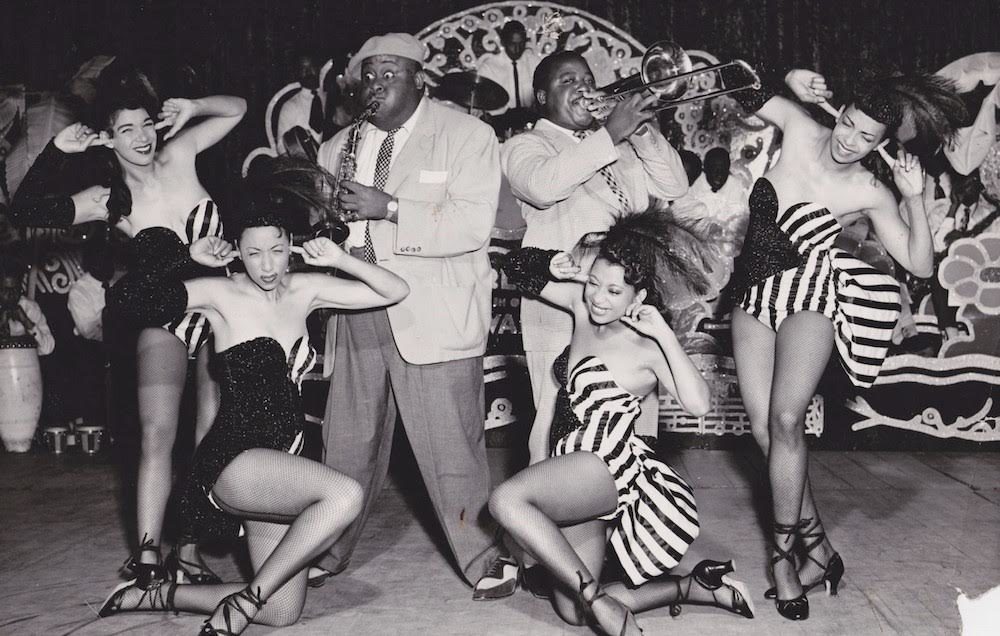 The Center for Documentary Studies and the Southern Documentary Fund are pleased to present a free screening of JIG SHOW | Leon Claxton’s Harlem in Havana, a feature documentary film by Leslie Cunningham who takes viewers on a tour of her grandfather’s Black and Cuban traveling show that endures racism, segregation and immigration laws to become popular in the 1940s through the 1960s.  Also unearthed is the legend of African American carnival king, Leon Claxton, arguably one of the fathers of modern American entertainment who leaves an extraordinary legacy despite the insurmountable odds against him and his dreams. A magical journey into the complexities of American entertainment, race history and family legacy, the film features breathtaking show photographs, rarely seen historical clips and on-camera interviews with a colorful cast of characters. Classic and new music remember the voluptuous showgirls and tenacious entertainers who bravely showcased their talents on the front-line of racial polarization and left an indelible mark on the history of entertainment around the globe. Visit www.jigshow.com.

Originally from Los Angeles, CA, Leslie Cunningham is an artist, filmmaker, multimedia producer, collaborator and founder of TRIBES Entertainment, a boutique digital media company headquartered in Durham, NC. A graduate of the Center or Documentary Studies at Duke University, Leslie’s collection of engaging film and videos have screened on public TV and at film festivals in the U.S. and internationally. Her debut feature documentary film, M.I., A Different Kind of Girl (2012), was recently chosen for Massimadi, the LGBT Film Festival of Africa and its Diasporas in 2016.  M.I. also screened at Gender Reel Film Festival (2014), The North Carolina Gay and Lesbian Film Festival (2012), and Atlanta’s Out on Film (2012). M.I. paved the way for more projects that would educate, entertain and feature provocative subjects and subject matter.  Visit lesliecunninghamfilms.com to learn more.

About Fresh Docs
Fresh Docs is SDF’s free, monthly, work-in-progress screening series. These screenings give SDF filmmakers an opportunity to show their work fresh from the edit suite, and receive constructive feedback on story, structure, and characters from a diverse audience. As a result, not only do our artists make better films, but SDF grows documentary audiences by engaging them meaningfully in the creative process. This season of Fresh Docs is dedicated to the 50th Anniversary of North Carolina Arts Council.