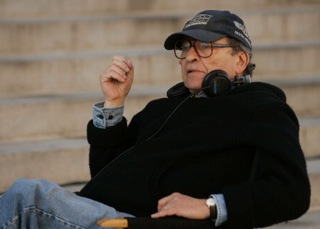 Sidney Lumet is hailed as one of American cinema’s most socially conscious directors. When he passed away in 2011 at the age of 86, he left behind an impressive canon of films; nearly 50 in 50 years, including such classics as Network, 12 Angry
Men, Serpico, Dog Day Afternoon and The Pawnbroker. What set Lumet apart and still fuels conversation about his career was his extraordinary attention to the moral struggles of everyday Americans. This two hour documentary features a remarkable and warm never-before-seen interview with the director filmed over five days a few years before he died. Lumet’s recollections about his life and films take viewers back through some of the 20th century’s most significant events revealing new insight about where his inspiration came from and why his body of work is considered an artful and timeless examination of American society. Throughout the film Lumet maintains that the moral messages in his movies were unintentional – that he was more interested in finding good stories than changing the world or establishing himself as a particular kind of director. But Lumet’s artistic humility belies an enduring truth about his work: that his films were — and continue to be — a lens through which moviegoers view universal themes of humanity. What our film reveals is a man whose life experiences infused his movies with a sense of fairness and conscience, and whose strong moral code, conscious or not, found expression in his art.

Inner Revolutions: Muslim Americans and the Legacy of Imam Khomeini
< BACK TO ALL PROJECTS >
Bull City Summer