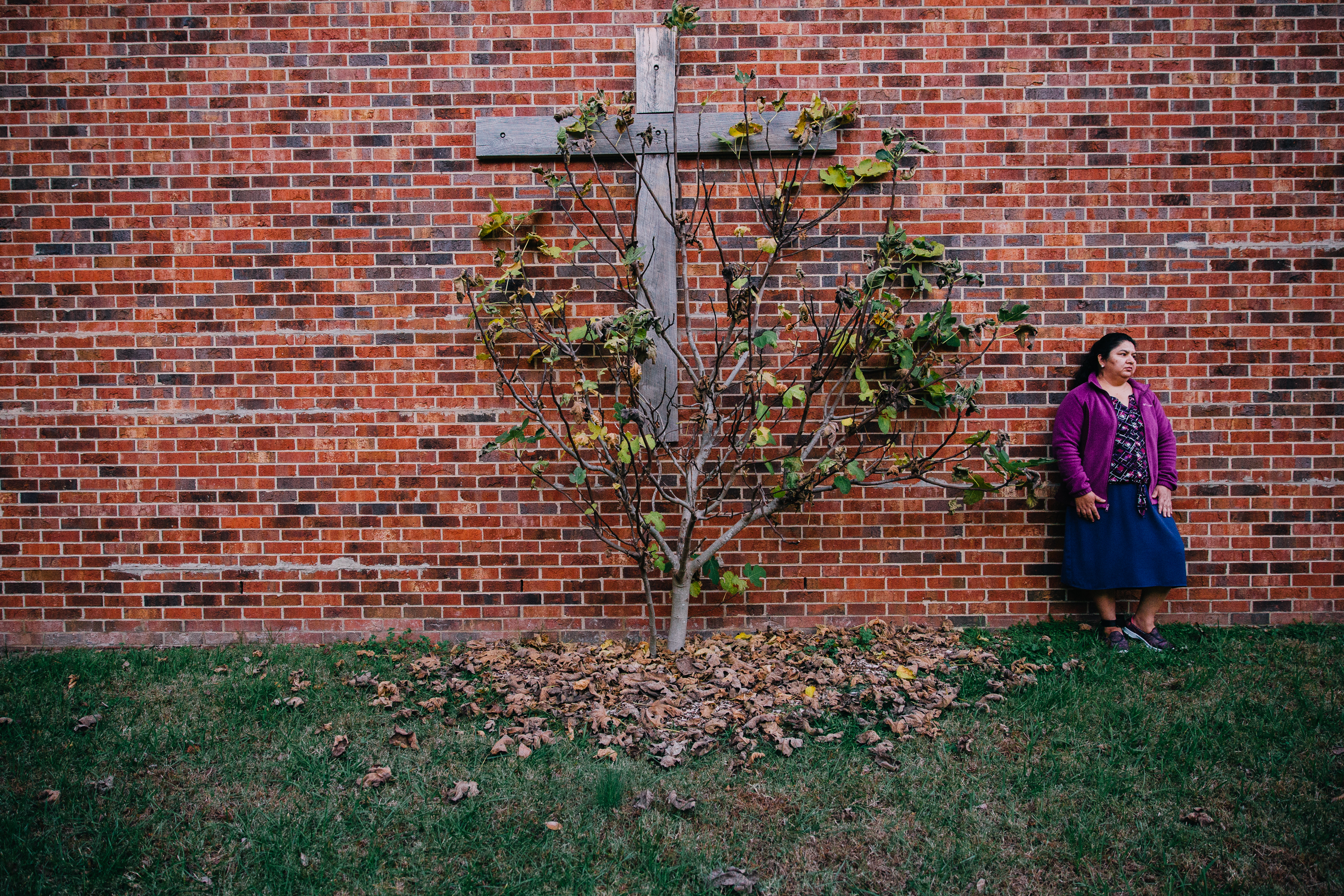 The Center for Documentary Studies and the Southern Documentary Fund present a free screening of documentary shorts, 7pm at the Full Frame Theater:

In Greensboro, NC, a small church community offers sanctuary to Juana Tobar Ortega, a Guatemalan grandmother threatened with deportation after 25 years of living and working in the United States.

Christine Delp – Director, Producer: Christine is a documentary producer and director based in Durham, North Carolina. She is currently producing the documentary feature BURDEN OF PROOF, directed by Emmy- and Peabody-winning filmmaker Cynthia Hill. Christine began working with Hill as an outreach coordinator for PRIVATE VIOLENCE (HBO) and has since worked as associate producer for Seasons 3-5 of Hill’s A CHEF’S LIFE (PBS) and ROAD TO RACE DAY (Verizon Go90/Complex Networks). Christine is also currently co-producing the
documentary feature THE LAST PARTERA.

Pilar Timpane – Director, Producer: Pilar is a Durham-based filmmaker, photographer, and writer. Pilar was the associate producer for ATLANTIC CROSSING: A ROBOT’S DARING MISSION (PBS). Pilar is co-directing and producing SANTUARIO, a documentary short that was the 2017 winner of the Tribeca Film Institute’s IF/Then Short Documentary Program at the New Orleans Film Festival. She is also producing THE LAST PARTERA, a feature documentary that has been supported by Southern Documentary Fund and the Big Sky Pitch. Her photography and/or short films have appeared in The Atlantic, The Economist, Scientific American, MSNBC, and The Financial Times. Her work has focused on Latin America, women’s stories, immigration, and religion.

What does it take for Black people to survive (psychologically, economically, emotionally, etc.) in America today? This series explores strategies taken by individuals to make their ways through life.

Lana Garland has worked as a writer/producer and director in television and film in the US and Europe. She has worked as a Senior Creative Director for BET and as a Writer/Producer for HBO and TV2 Denmark. In documentary film, she has filled researcher, field, and associate producer positions on Bowling for Columbine, Stolen Moments: Red Hot + Cool, and Unchained Memories: Readings from the Slave Narratives. Lana is a Telly Award winner, an IFP Gordon Parks screenwriting finalist, and a NATPE fellow. She is a Fulbright Specialist, having taught at Makerere University in Uganda and is the curator of the Hayti Heritage Film Festival in Durham, NC.